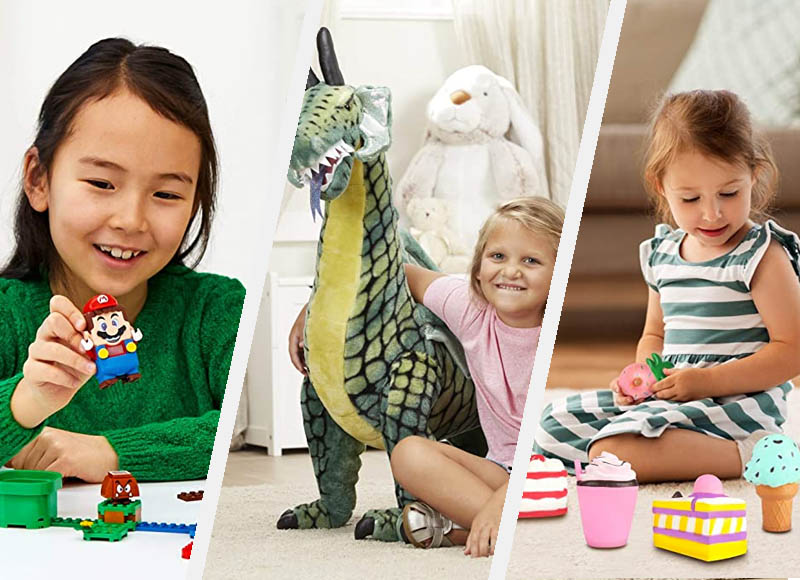 Technically, Black Cat Appreciation Day is August 17. But this cat mom celebrates it year-round. My black cat is a gorgeous American shorthair with lanky limbs and bright, yellow-green eyes. There’s not one single “black cat breed.” Many breeds come in a variety of colors and patterns, including all black, mostly black and smokey black. The closest thing to a black cat breed is the Bombay. Bombays always have sleek, black coats and copper-colored eyes. Beyond the Bombay, you can find a black coat on just about any breed of cat—and this writer highly recommends them.

Black fur in domestic cats and wild panthers is genetic, according to Genome News Network and feline geneticist Stephen O’Brien. The black fur gene is dominant, though both parents must carry it to produce babies with black fur. Funnily enough, this gene could be good luck for the cat who has it. The gene occurs in the same protein family responsible for fighting off disease. So, researchers believe black cats have better immune systems than felines of other colors.

Could this be a spooky protective spell put on black cats by witches centuries ago? Maybe… Who’s to say?

My husband and I picked our black cat Jacques (named after Jacques Cousteau because we adopted him on Bastille Day) out of the kitten room at PAWS Chicago because he was so spry and playful. He’s maintained this goofy energy ever since (he’s four now). Jacques cuddles constantly, vocalizes loudly and naps anywhere (including the open dryer). I cannot fathom a reason anyone would shy away from adopting a black cat. But, it happens.

According to one study by researchers at the University of Louisville and Bellarmine University, black cats at an urban shelter in Kentucky were more likely to be euthanized and less likely to be adopted than the white, orange, gray or brown cats at the same shelter. The researchers speculate this could be due to lingering superstitions about black cats bringing bad luck.

In 17th century America, when persecuting witches was a national pastime, black cats were feared as well. Some were even accused of performing witchcraft themselves! Now, if you told this to ancient Egyptians, they would’ve been flabbergasted.

Egyptians have worshipped cats for millennia. In ancient Egypt, a cat in your house brought good luck and protected you from misfortune. People mummified their deceased pet cats so one day they could be buried together.

Welsh and Japanese cultures also associate cats with good luck. Irish sailors believed a black cat on board was a good luck charm (not to mention a great way to keep rats at bay).

Today, unfortunately, some of the negative superstitions about black cats persist. Horrifyingly, there is speculation that some black cats have been returned to shelters because they don’t photograph well. Not only is this insulting to the stunners on our list, it’s a bad reason to deny a pet a loving home.

If you’re in the market for a lucky black cat, check out the breeds below.

RELATED: The Best Cat Breed for Each Zodiac Sign 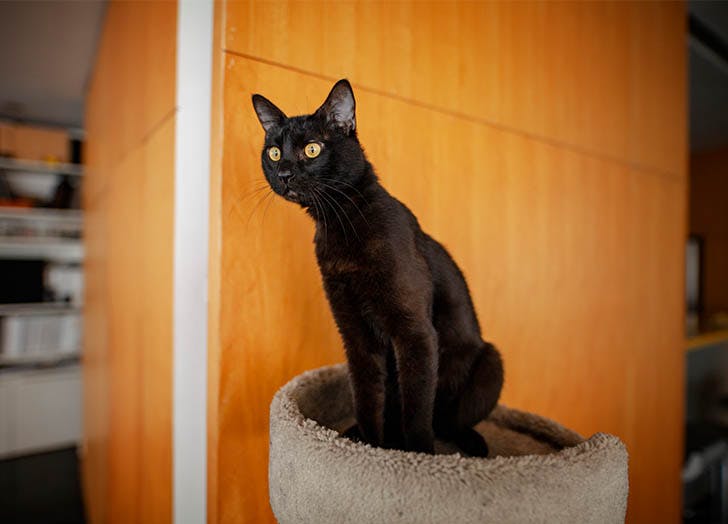 Bred to look like the wild black leopards of India, Bombay cats are loving pets who adore their families. A mix between Burmese and American Shorthair cats, Bombays have striking copper-colored eyes. They are intelligent and therefore eager to explore and play. Highly adaptable to different environments and social groups, they make excellent family pets or solo companions. Bombay cats are the only breed that only comes in black. 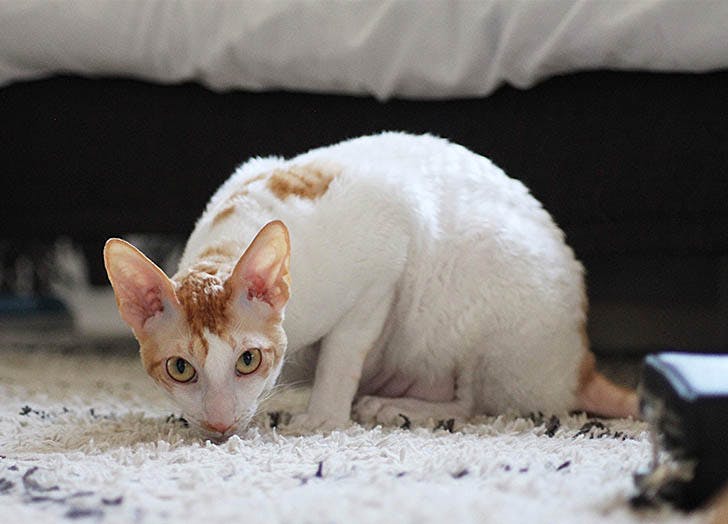 Cornish Rex cats have super silky, curly coats and large, perky ears. Get ready for their kitten tendencies to stick around (aka, be ready for lots of playtime and curious climbing). On the smaller side, Cornish Rexes don’t let their size hold them back. These adventurous athletes will go where no cat has gone before! 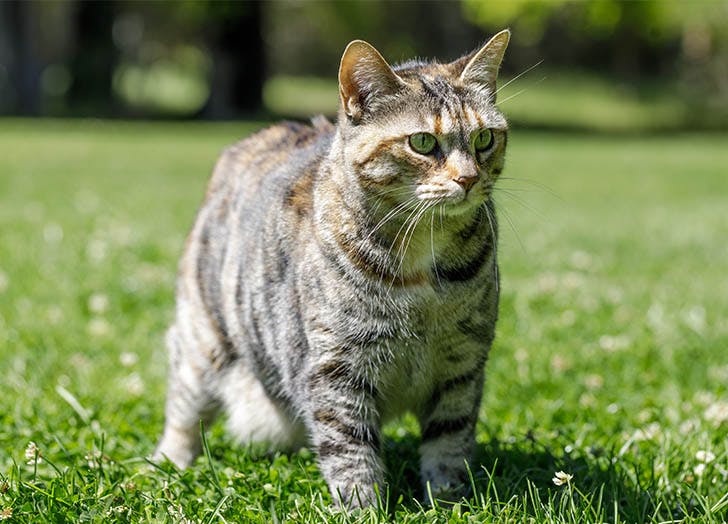 American Bobtails have adventurous spirits. They bond quickly and firmly to their families and enjoy frolicking in the outdoors (try harness training if you own one!). Unafraid to shower their families with affection, these cats are solid travel companions and therapy animals. 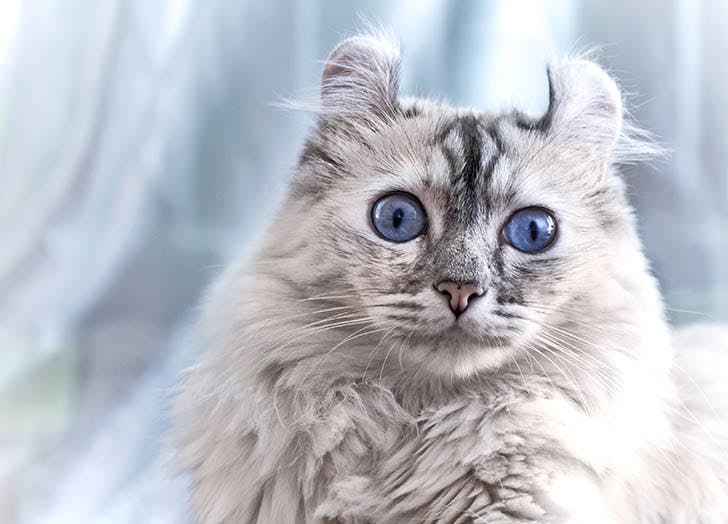 The curled ears on American Curl cats are au naturel! Aside from this signature look, these sweeties are known for their soft “coo-ing” in lieu of loud “meows.” Incredibly social and polite, they’ll happily trot behind you wherever you go. 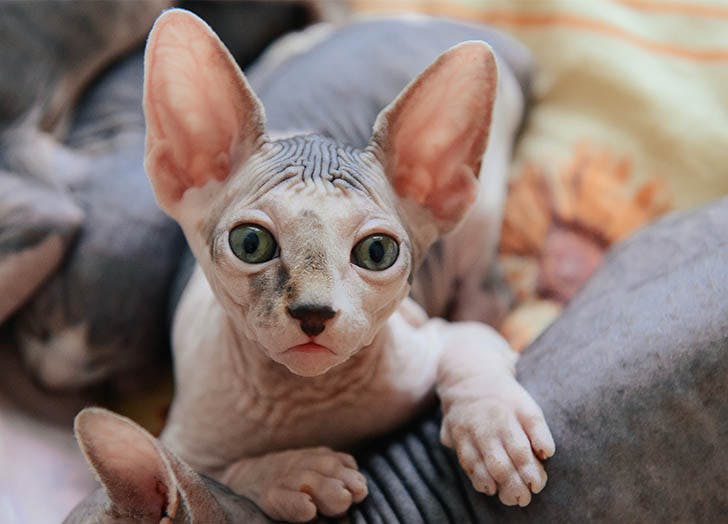 As one of the most affectionate cat breeds out there, Peterbalds will cuddle relentlessly. They’re also incredibly intelligent, so be prepared to entertain them with interactive toys and clever games. Though they don’t have traditional coats, they can still carry the black cat gene. Peterbalds usually feel velvety to the touch. 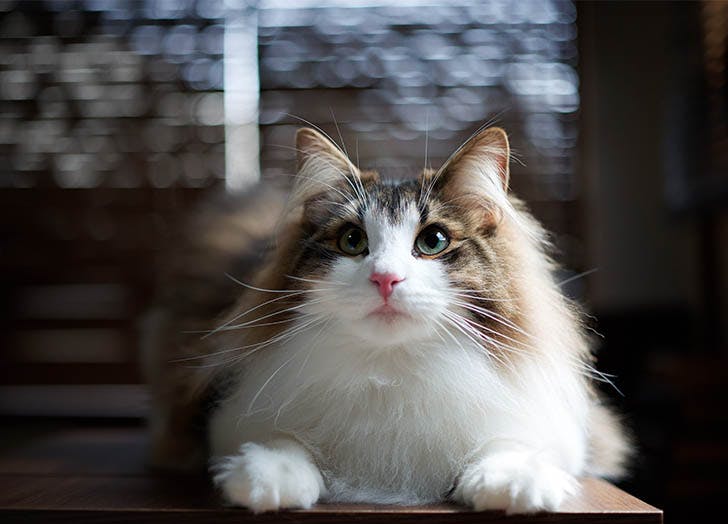 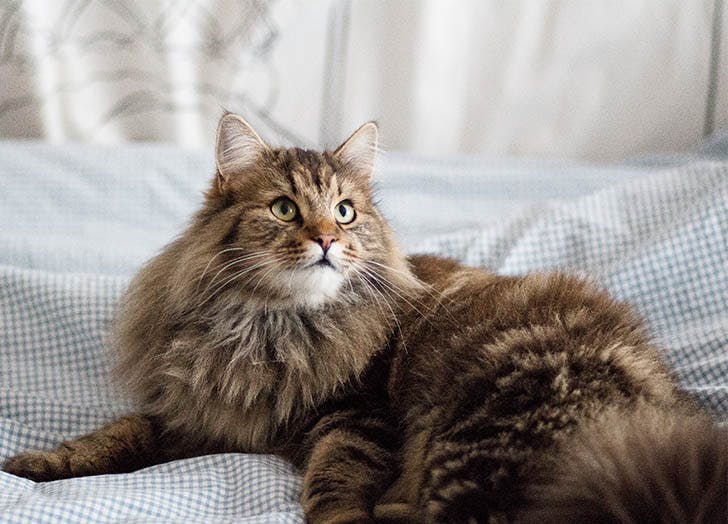 As one of the friendliest cat breeds out there (and very good with kids), the Maine Coon is a prime example of a black cat who defies bad luck stereotypes. These lovable lumps are laid-back yet playful, affectionate yet undemanding. 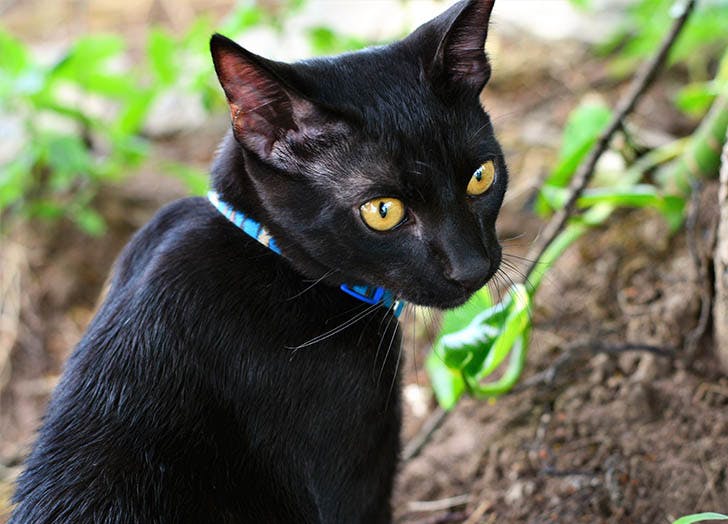 Another kid-friendly cat is the Japanese Bobtail! These athletic felines are known as the good luck cats of Japan. More vocal than other breeds, Japanese Bobtails aren’t shy about announcing themselves and engaging with their families. Fun fact: No two bobbed tails are the same. 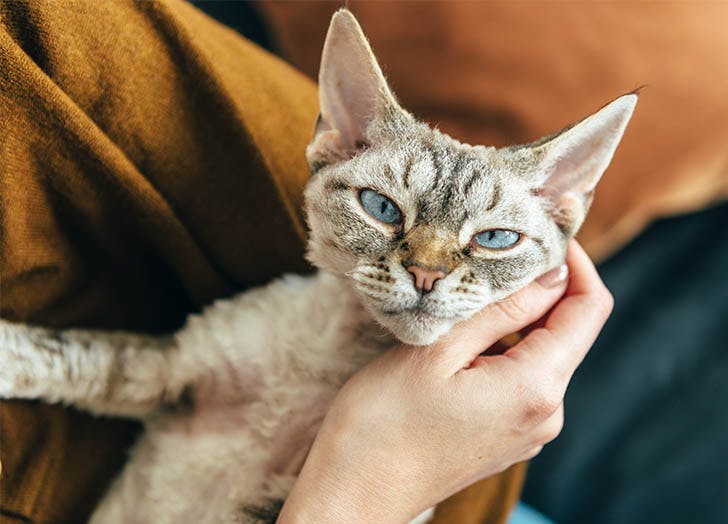 The Devon Rex is one of the smallest cat breeds around. This is good news for many owners because Devons like to perch on shoulders and The International Cat Association says they stick to you “like Velcro.” These sweeties will become destructive if they get bored, so make sure they have plenty of stimulating activities throughout the day. 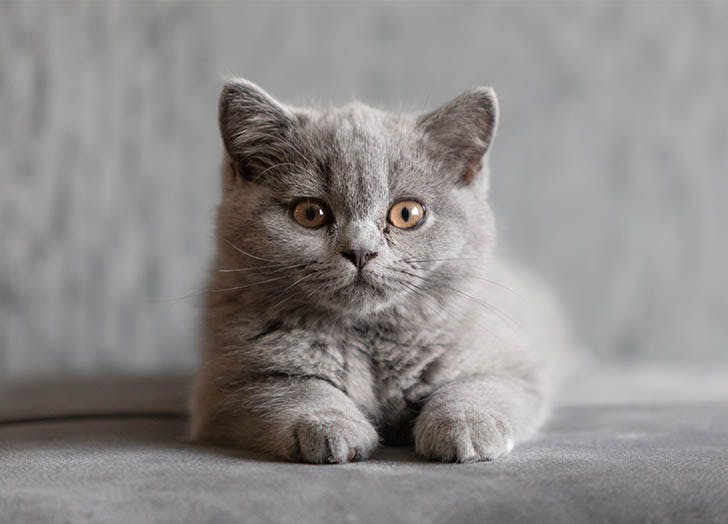 Color: Variety of colors and patterns (best known for blue-grey)

Thought to have originated in ancient Rome as tiny hunters, British Shorthair cats are now known for their mellow personalities. More often than not, British Shorthairs have blue-grey coats; but, if you see one with jet black fur, chances are they’ll also have golden-yellow eyes. 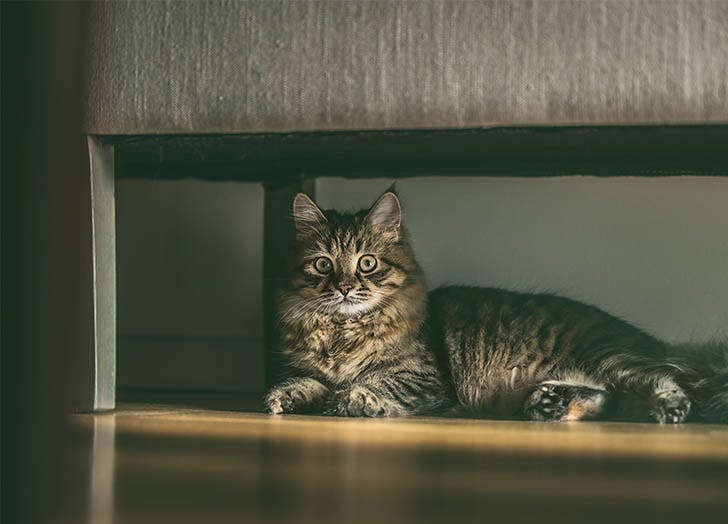 An ancient breed hailing from Russia, the Siberian is a thick, strong feline with a luscious coat. Be prepared to groom these cats regularly (aka, brush several times a week to ensure their coats don’t mat or tangle). Other than that, they are patient, loving pets. 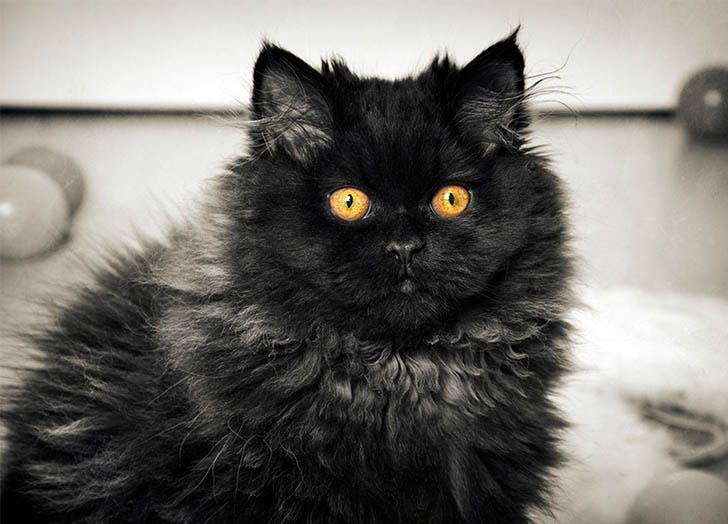 Persians have a signature look—a flat face with large eyes and cheeks. These fluffballs are some of the sweetest cats you can find. Their gentle demeanor makes them ideal for mellow environments and low-key families. It might not be wise to pair them with rambunctious cats like Bengals or Peterbalds. 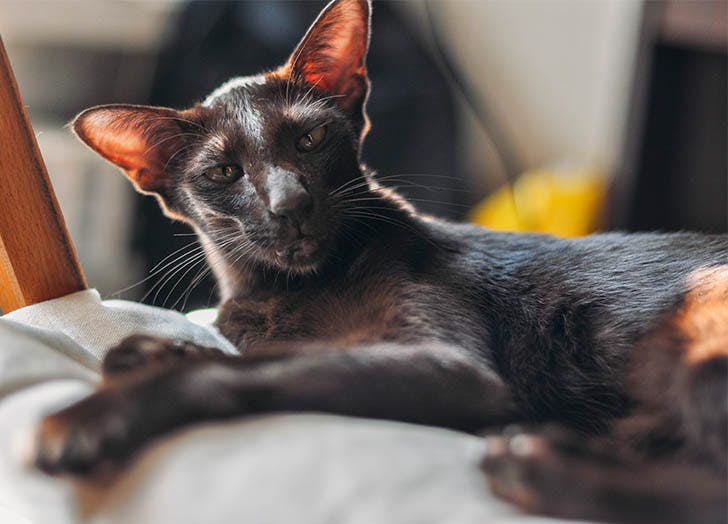 Oriental shorthair cats are members of the Siamese group along with Oriental Longhair, Balinese and Siamese cats. Interestingly, they were bred specifically to explore a wider variety of coat colors and patterns. So, while their counterparts are limited to pointed coloration, Oriental Shorthairs come in just about every color and pattern possible. They are smart, elegant and muscular creatures ready to play at a moment’s notice. 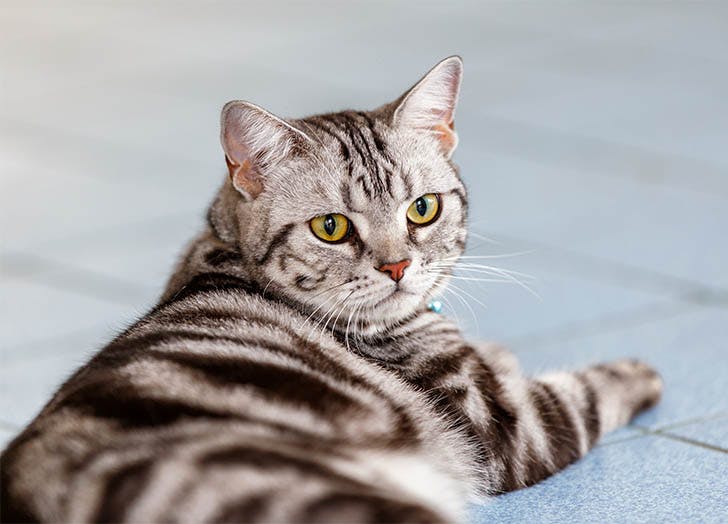 The ideal family cat? Perhaps. American Shorthairs are loyal animals with gentle, social dispositions. They do well around kids, other pets and just about any friend who stops by. Known in the 1800s for their rat-catching skills, today these felines are adored for their companionship and adaptability. 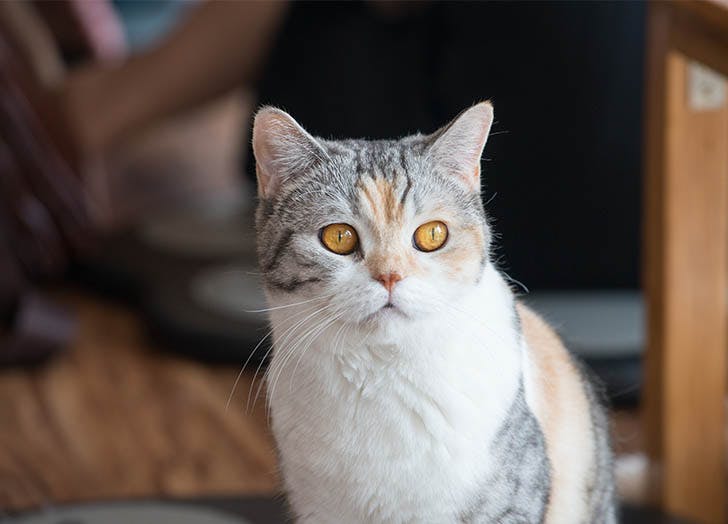 American Wirehair cats happened naturally, and breeders simply embraced their coarse, wiry strands. The wirehair gene is dominant, and it only takes one parent with it to produce a wirehaired offspring. These kitties are a lot like American Shorthairs: friendly, loyal and sweet. 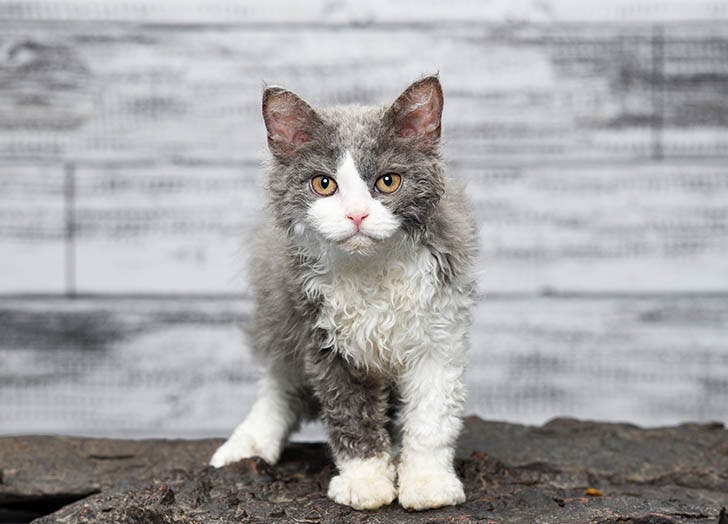 The whiskers on a Selkirk Rex are almost as curly-cued as their fur. Brushing curly coats a few times a week is recommended to keep them free of tangles. These calm cats enjoy lengthy cuddle sessions. Some might not mind joining you on walks, though others prefer a cozy night in with their family. 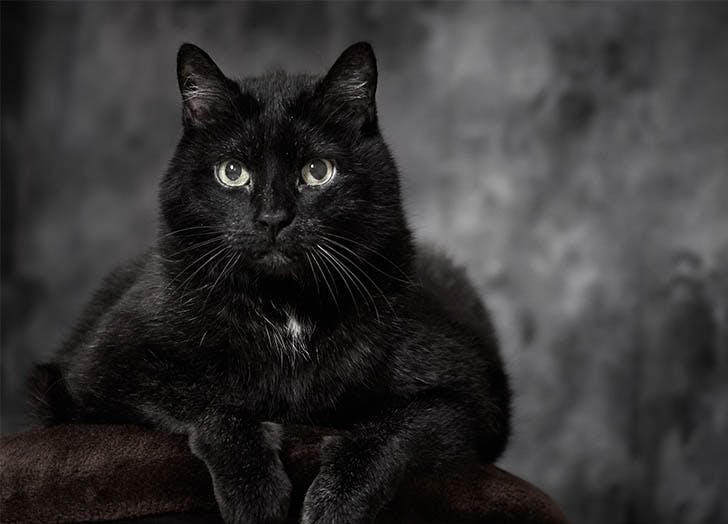 Turkish Angoras are known for having silky white coats, but they do come in deep shades of black. In fact, the CFA says breeders are embracing a wider variety of coat colors and patterns in Turkish Angora lines. Get ready to stumble across this cat in spots you didn’t know they could reach or in the laps of new people who stop by. They are outgoing and very smart.

MARY SMITH 6 days ago
previous post next post
We use cookies to ensure that we give you the best experience on our website. If you continue to use this site we will assume that you are happy with it. Ok